Unlike Gretchen's first Craftsy course, this one leaves much to be desired.  The whole premise seems silly to me, presenting two different methods, hand tailoring and fusible, each on half of the same jacket.  It would have been so much better to complete a whole jacket one way and a separate jacket the other way, side by side, from start to finish, instead of trying to lazily cram it all into one Frankenstein garment.  The sequence of steps is severely compromised, which can lead to confusion and frustration, as evidenced in the questions and comments posted.

I believe the purpose is to contrast and compare the old-fashioned, labor-intensive, time-consuming method with the more modern, faster approach in the end product.  However, this is never really accomplished, as the video ends with the buttons being sewn on the jacket, and the completed garment is never seen, except for a couple of quick shots added in as an afterthought, of Gertie flashing it over a Craftsy logo T-shirt.  I suspect this was a wadder, since the actual jacket is not showcased along with the other suits or displayed on a badge like the bombshell dress was.

I was not impressed with the quality of the information contained in the video.  Rather than an expert teaching from years of mastering the subject, it's more like an intermediate seamstress exploring techniques she read in old books and magazines; and the methods presented are not necessarily the best, easiest, or most efficient ones out there.  For example, the patch method used for bound buttonholes is cumbersome and requires endless manipulation to form the lips by hand.  Gertie references an alternate method on her blog, but a far better tutorial can be found in Jackets for Real People.

The lesson on attaching the collars and facings is especially convoluted, with starting and stopping a seam several times (supposedly for better control).  This could have been executed more effectively by simply basting and then sewing it all in one pass.  In this same section, it's almost painful to watch as Gertie presses the curved collar open on a point presser (the collar has no point or straight edge like a traditional shirt collar); she really needs a June Tailor board for this task.  She mentions a contour pressing board generically, and someone posted a question asking for more information about it, but the question remains unanswered.

The only useful bit I gleaned from the class was having the process of pad stitching being demonstrated live rather than in two-dimensional textbooks.  I'm still not a convert as to the value of such a practice, especially when I am satisfied with the results achieved through the lapel wedge.

The pattern included in the class is crudely drafted.  The curves on the collar and under collar don't match, not because one is supposed to be slightly smaller to favor the seam, but because the lines are just wonky.  The same applies to the front facing and jacket front.

Overall, I was disappointed in the class; it's simply not as well-done as the bombshell class.

The Royal Dresses of Princess Diana 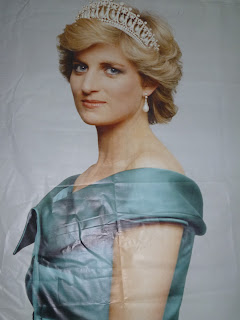 I recently attended the Southern Women's Show in Nashville, just to see the special display of Diana's dresses.  I was disappointed that there were only five dresses in the show, and the lighting was rather dim.  The sleeved dresses seemed dowdy and dated to me. 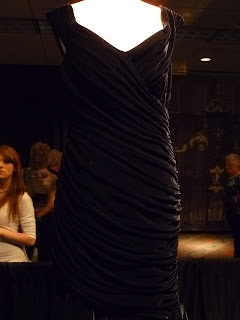 The Travolta Dress that she wore to dance with John. 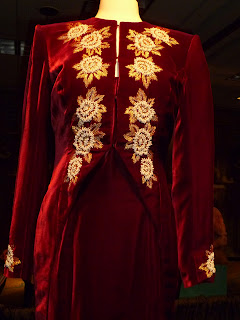 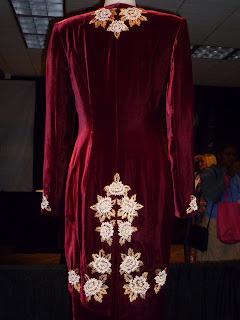 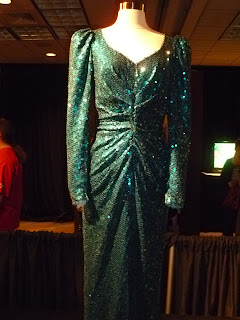 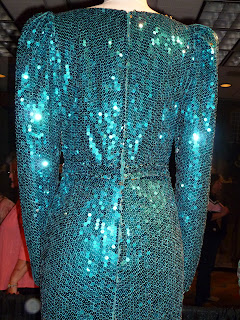 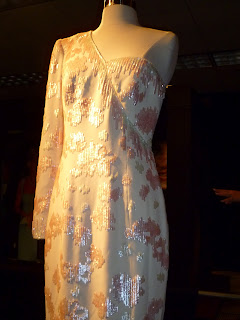 The Cream and Pink Sequin 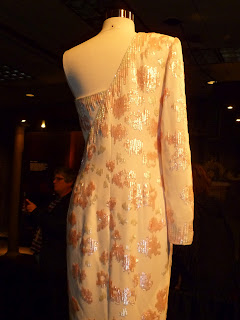 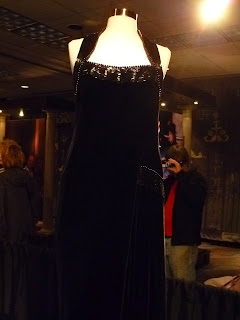 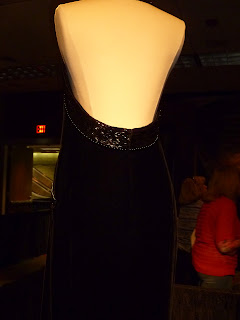 Diahn
Hello, My name is Diahn and I'm a recovering perfectionist. I'm on a quest to have the ideal sewing room, own the best sewing equipment, and sew clothes that flatter and fit perfectly!